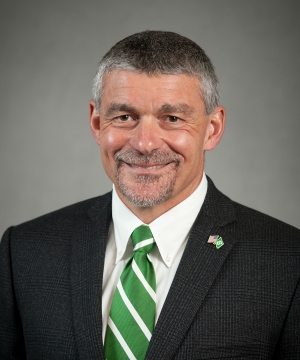 Education: What you need to know, why it never ends, the importance of adaptation, and suggestions for imparting/sharing your knowledge with your staff, athletes, coaches, and administrators.

Certification: Bringing true professionalism to what is now a TRUE PROFESSION!

Coaching and motivating the “millennial athlete.”

Pathways to becoming both a performance leader and a culture leader.

The importance of being recognized as an empowered ambassador for your university.

Being standard driven, as opposed to being philosophy driven.

What young S&C Professionals just starting out can expect to encounter in the job market, and what they can do to put their best foot forward.

In July, 2014, Mannie was inducted into the USA Strength/Conditioning Coaches Hall of Fame, Collegiate Division, in recognition of over three decades of service and contributions to the strength and conditioning profession.

In May, 2015, Mannie was elected to the Collegiate Strength and Conditioning Coaches Association (CSCCa) Board of Directors.

Mannie has been a keynote speaker and roundtable participant at several national conventions and seminars.

In both 2006 and 2007, he was named to Who's Who Among America's Teachers in recognition for his numerous and ongoing educational efforts in the field of strength and conditioning and in bringing awareness to the anabolic drug abuse problem in sports. He has been recognized and is widely-published on his adamant stance against performance-enhancing drugs.

In June, 2007, the Michigan State Varsity S Club inducted him as an honorary member.

He has written over 400 articles and four book chapters on the various aspects of strength/conditioning, speed/power development, sports nutrition, motivation, athletics, and the anabolic drug abuse issue.

Since 2000, Mannie has written the monthly column "Powerline" for Coach and Athletic Director, the nation's oldest and most prestigious coaching publication. He is also a frequent contributor to the Championship Performance newsletter.

He also serves on the advisory boards for the National Strength Professionals Association (NSPA), the information-based Athletic Strength and Power (ASAP) website, and the Ultimate Strength and Conditioning website.

Mannie has coached numerous All-Americans, as well as a host of players who have gone on to have highly successful NFL careers.

Additionally, he has served as a consultant to several NFL teams on training equipment, program design, and the organization and administration of testing protocols. Two of Mannie's former graduate assistants are currently strength/conditioning assistants in the NFL; Mondray Gee (Seattle Seahawks), and Aaron McLaurin (New York Jets). The Spartan strength/conditioning coaching tree includes several former full-time, graduate assistants, or interns who are now either head or assistant S&C coaches in the Big Ten, SEC, ACC, Big 12, and MAC.

Prior to his arrival at Michigan State, Mannie spent nine years in a similar capacity at the University of Toledo (1985-94). He worked for Nick Saban in 1990 when the Rockets won a share of the Mid-American Conference title and finished 9-2.

He served as a graduate assistant along with MSU Head Football Coach, Mark Dantonio, at Ohio State in 1984, working with the Buckeyes' Big Ten championship football team.

A native of Steubenville, Ohio, Mannie taught and coached on the high school level for 10 years (1975-84). He spent nine of those years at his alma mater Steubenville Catholic Central where he coached football, wrestling and track.

He began his coaching career as a student assistant at Akron in 1974, working with the offensive guards and centers.

A former walk-on, Mannie became a three-year letterman and two-year starter at offensive guard for Akron from 1971-73. He started on the "71 Zips" team that finished 8-2 and ranked eighth nationally in the Division II polls.

He earned his bachelor's degree in Health and Physical Education from Akron in 1974 and received a master's degree in Exercise Science from Ohio State University in 1985.

Married to the former Marianne Saccoccia, he and his wife have a daughter, Alaina Mannie Burghardt, who is a 2010 graduate of Michigan State University.