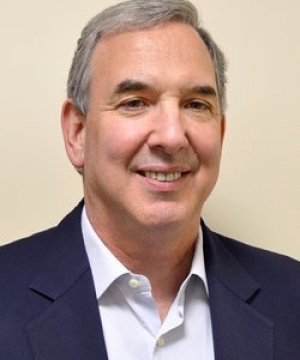 The attendee will be presented an Undulating Periodization Program Design that has been adapted from a system of Soviet National Weightlifting Periodization as taught to the presenters by a former Soviet National Weightlifting Team coach. This system has been adapted for both the team and individual training setting. Included in this presentation will be a “Hierarchy of Athletic Development”, as well the “system” of periodization that has been utilized by NFL Super Bowl Champions as well as other Professional team and Collegiate Conference Champions. Included in this undulating periodization program design will be the application of a system of “check and balances” for appropriately prescribed exercise volumes and intensity resulting in optimal athletic performance while avoiding overtraining and potential injury.

Robert A. Panariello MS, PT, ATC, CSCS is a Founding Partner and Chief Clinical Officer with Professional Physical Therapy presently with 65 facilities in the New York and New Jersey Metro areas and the Professional Athletic Performance Center, a 20,000 square foot training facility located in Garden City, New York. He has Bachelor Degrees in Physical Therapy and Physical Education/Athletic Training from Ithaca College in Ithaca, NY. He also holds his Master's Degree in Exercise Physiology from Queens College in Queens, NY.

Rob has more than 35 years of experience in the related fields of Sports Physical Therapy, Athletic Training, and the Performance Training of Athletes. His experience includes the study of the Science of Strength and Conditioning of weightlifters and various sport athletes in Bulgaria, the former Soviet Union, and former East Germany. He previously held the positions as the Head Strength and Conditioning Coach at St. John's University of New York (1986-1995), the World League of American Football NY/NJ Knights (1991), and the WUSA NY POWER Women's Professional Soccer League (2001-2002). He continues to rehabilitate, athletic performance train, as well as serve as a consultant to many NFL, NBA, MLB, NHL, Collegiate and University teams, coaches, and players.

Rob has more than 60 peer reviewed Orthopedic and Sports Medicine Research, Sports Physical Therapy Research, and Strength and Conditioning Journal Articles and Book Chapter, and book publications. He has also presented his research at the International World Confederation of Physical Therapy in Washington, D.C. He is nationally renowned and lectures throughout the country with regard to the related fields of Sports Physical Therapy and the Performance Training of Athletes.