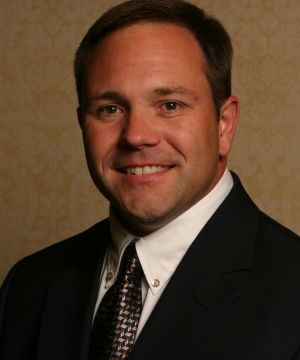 In this panel discussion we will discuss the effectiveness of using an integrated sports performance model for many different interdepartmental infrastructures. We will discuss how to build an environment that transcends all departments and helps build relationships that will enhance the student athlete experience as well as build stronger bonds inside the department that will benefit the needs of the student athlete.

Prior to RU, Bennett was up the road in Harrisonburg, Va. working as the senior assistant strength and conditioning coach for the James Madison Dukes. Bennett was directly responsible for programming baseball, softball, volleyball, and men's tennis. He was also in charge of mentoring student interns, graduate assistants, and volunteers.

In his position at Radford, Bennett oversees the day-to-day operations of the strength and conditioning program, which plays an instrumental role in the success of Highlander student-athletes and is designed to help each player reach his/her full potential.

Although Bennett's career has taken him as far west as Wyoming, he is no stranger to the New River Valley'having worked at Virginia Tech under associate director of athletics for athletic performance Dr. Mike Gentry.

During his stay with the Hokies, Bennett was responsible for the development of off-season and in-season strength and conditioning programs for 13 varsity sports, including testing and evaluation, proper training protocol, nutrition, and lifting technique.

A 1989 graduate of the University of Mississippi with a B.S. in Health and Physical Education, Bennett obtained his M.Ed. in Guidance and Counseling from Clemson University four years later. While in the Palmetto State, he served as the weightlifting instructor for the Department of Elementary and Secondary Education and as a graduate assistant of strength and conditioning for the Tigers, before arriving in Blacksburg.

In his career, Bennett has coached a multitude of collegiate athletes who have gone forward to find careers in the professional ranks (over 30 in the NFL), as well as conference champions, national champions, world record holders, and Olympians.

As a professional, he has risen to the top of the strength and conditioning field. Bennett is part of the NSCA's (National Strength and Conditioning Association) Coaches Registry at the Emeritus level-the highest level awarded in the field.

This honor paved the way for Bennett's election to the CSCCa Board of Directors, a position he served for two terms. His involvement with the association allowed him to be chosen as the first strength coach to be invited as an ex officio member of the NCAA Committee for Competitive Safeguards and Medical Aspects of Sports.