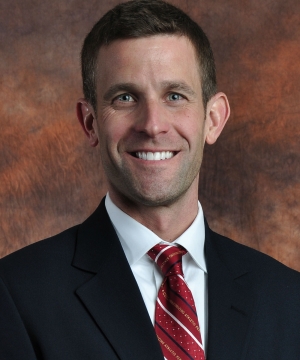 Jason Dierking is in his ninth year as Assistant Director of Sports Performance at the University of Louisville. In this role he works with men's and women's swimming & diving, men's soccer and cross country.

Prior to Louisville, Dierking served as an assistant strength and conditioning coach at Indiana University from 2001-2005. He also was a graduate assistant coach at Indiana from 1998-2001. During the summer of 2000, Dierking worked as the strength and conditioning intern at the Olympic Training Center in Lake Placid, NY, where he helped train athletes that were preparing for the 2002 Winter Olympics in Salt Lake City.

As the Energy Systems Specialist on the Louisville Sports Performance staff, Dierking has played a key role in implementing the Polar Team2 heart rate system now used by 11 Cardinal teams. He has advanced the use of innovative testing and tracking procedures for metabolic fitness, including VO2max and blood lactate analysis. He has become an industry leader in the area of heart rate training and conditioning, and has spoken at several regional and national clinics and conferences on the topic.

Dierking earned his master's degree in exercise physiology from Indiana University and a bachelor's degree in adult physical fitness from Eastern Kentucky University, where he also played baseball for the Colonels.

Jason is a competitive runner and triathlete, and has completed races such as the Chicago Marathon and Ironman Louisville.