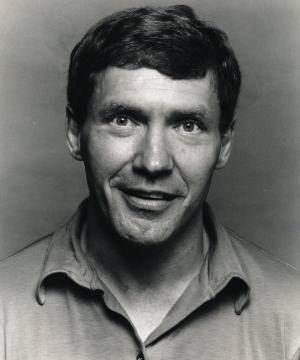 Legend in the Field

The attendee will be presented an Undulating Periodization Program Design that has been adapted from a system of Soviet National Weightlifting Periodization as taught to the presenters by a former Soviet National Weightlifting Team coach. This system has been adapted for both the team and individual training setting. Included in this presentation will be a “Hierarchy of Athletic Development”, as well the “system” of periodization that has been utilized by NFL Super Bowl Champions as well as other Professional team and Collegiate Conference Champions. Included in this undulating periodization program design will be the application of a system of “check and balances” for appropriately prescribed exercise volumes and intensity resulting in optimal athletic performance while avoiding overtraining and potential injury.

Twice during the 1980s, Parker travelled to Russia to study under Russian gold medal winning Olympic weight lifting coaches. He applied what he learned to his football players. In 1984, Johnny began his NFL coaching career, working with the New York Giants for 9 years. In his first year as the team’s strength and conditioning coach, he dropped the number of athletes on the injured list to 7, compared to 25 on the list just the year before. The Giants won their first Super Bowl in 1986. Four years later, in 1990, the Giants again won the Super Bowl, playing against the Buffalo Bills and setting an all-time Super Bowl record of 40 minutes and 33 seconds for ball control possession. Parker’s role as strength and conditioning coach contributed significantly to the Giants’ tradition of excellence, for which they are still known today.

Parker also coached the New England Patriots, who won the AFC Championship in 1996, making it to the Super Bowl in 1997 for just the second time in team history. The Patriots won back-to-back division titles and qualified for the playoffs for three consecutive seasons. In 2002, Parker became the strength and conditioning coach for the Tampa Bay Buccaneers and helped the team to a victory in the 2003 Super Bowl, the first Super Bowl in the team’s history. This was followed by a final coaching stint in the NFL with the San Francisco 49ers.

Parker retired from coaching in 2007. In his impressive 34-year coaching career, Parker succeeded in taking 3 different teams to 4 Super Bowls. In 1994, he was honored by the Professional Football Strength and Conditioning Coaches Society with the Super Bowl achievement award. Coach Parker is here today to share many of his insights and experiences with us.