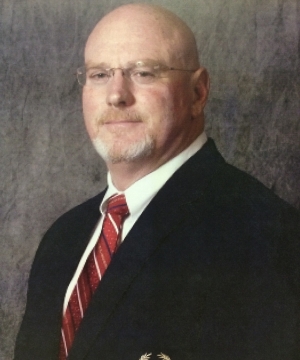 Coach Batson will be talking about the components and concepts of building a championship program.

Joey Batson is now in his 30th year as a Strength & Conditioning Coach at the collegiate level and is entering his 20th year as the Director of Strength Training at Clemson University. He has served as a head strength and conditioning coach 26 of his 30 years of service.

Batson was familiar with the Tiger program before he started his career in a full-time capacity, having served as a graduate assistant in the Strength & Conditioning Department from 1985-88. In the course of his professional career, he has pioneered many training techniques in the strength, speed, and conditioning field. Batson has studied the programs and practices of a broad range of experts in the fields of powerlifting, Olympic lifting, and speed & agility training. Batson's strength and conditioning program at Clemson is a multi-faceted, high-intensity approach which consists of exercises to enhance explosive power, lifts to develop maximum strength, auxiliary exercises to enhance muscle mass, core development, posterior chain enhancement, position-specific training, and the foundation of the program and king of all sport - speed. The collection of innovative techniques has led to impressive results by many of his athletes throughout his career.

His competitive weight training experience began in 1987 where he placed 4th in San Jose, California in The American Drug Free Power lifting Association National Championships and 5th the following year in Chicago Illinois. From 1985 to 1987, Batson achieved a top 20 ranking in the ADFPA's 275 lb. Class and achieved the Master and Elite lifters classifications.

Batson has had a strong impact on the Clemson program since he became Director in 1997. While at Clemson, Batson has worked for three head football coaches and has had a tremendous impact throughout the state of South Carolina at many notable high school programs.

An example of his respect level in the profession is demonstrated by the number of former assistants who are now Assistants or Directors at other universities including conferences such as the ACC and SEC along with several high-profile high school programs in the state of South Carolina, including teams that have won the state championship.

Not only does Batson bring professional experience to the position at Clemson, he brings experience as a football player at the collegiate level. The Travelers Rest, South Carolina native was a tight end at The Citadel in 1979 before transferring to Newberry College, where he was a two-year letterman and team co-captain during his senior season.

Batson earned his Bachelor of Arts degree in physical education from Newberry College and his Master's degree in education from Clemson University in 1988. Prior to his collegiate career, Batson was named to the 1977 South Carolina High School All-State football team as a defensive end.

Batson is certified through the Collegiate Strength & Conditioning Coaches Association and is a member of several other professional groups. He has completed the Club Coach Certification program by the United States Weightlifting Federation. Batson was named the Muscle Milk Football Scoop Strength Coach of the Year in 2009. During his tenure as the Director of Strength and Conditioning at Clemson, Joey Batson has coached, in football, 40 All-Americans, 129 All-ACC selections, 63 semi-finalists or finalists for national awards, 27 Strength and Conditioning All-Americans, 12 NFL First Round draft picks, 69 NFL draft picks, 14 athletes chosen ACC Player of the Year, 4 Super Bowl Champions, and has helped Clemson to an appearance in 18 bowl games and 11 Top-25 finishes.

Batson is married to the former Susan Malone of Greenville, SC. The couple has two children, Michael and Benjamin.