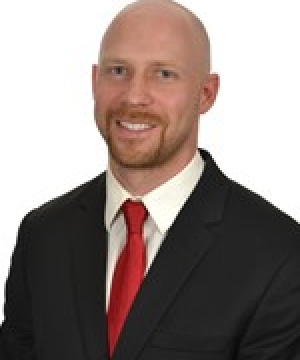 The Olympic Sports discussion panel will focus on the discussion of relevant topics in the field of athletic performance. Topics will include department organizational structure and hierarchy; integration and management of technology in training; communication process/information dissemination within department (athletic training/sport coaches/administration, etc); periodization differences between team and individual sports; individualization of the training process; and utilizing athlete monitoring to make changes in daily program variables.

Nate Brookreson was named Director of Strength & Conditioning for Olympic Sports at NC State in June of 2015. His primary training duties are with women's basketball, swimming and diving and men and women's golf, while supervising the implementation of training for over 500 student-athletes.

Prior to NC State, Brookreson was the Director of Athletic Performance for Olympic Sports at the University of Memphis from August 2013 until June 2015. While at Memphis, Brookreson worked primarily with men and women's soccer, men and women's golf and track & field sprinters while supervising training for the Olympic sports department.

Before heading to Memphis, Brookreson was the Director of Athletic Performance at Eastern Washington University from October 2010 until August 2013, working primarily with football and volleyball while supervising the training of all EWU student athletes. He also served as an assistant at the same institution from August 2008 until his appointment to director. Additionally, he served as a student strength and conditioning coach at the University of Georgia, assisting with baseball, softball, swimming and diving and women's tennis.

Nate is married to Kelsey Brookreson and has two sons, Blaise and Brock.