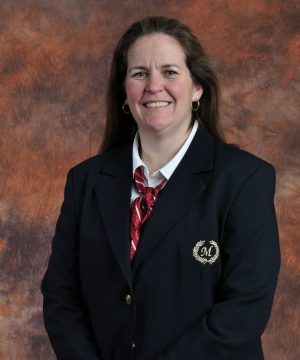 Caught in the vise: pressure to satisfy them all

16 years ago I set out to help athletes develop physically and mentally to win championships. I was certain I would put them in an optimal position to compete and become injury free! Over the years it’s clear to me that strength and conditioning isn’t just about sets/reps and program design. The weight room time is the easiest part. Unfortunately, not all athletes embrace training. Coaches have different parameters and demands. Many coaches, administrators, athletes, and athletic trainers aren’t educated in the realm of strength and conditioning. As strength coaches we have many hats to wear; coach, innovator, teacher, salesman, motivator and disciplinarian. Often, we get “caught in the vise with the pressure to satisfy them all!”

Wagner primarily works with volleyball, softball, and track and field at UT Arlington.

Wagner worked specifically with the women's volleyball, soccer and women's basketball programs while assisting with football at Wyoming. Prior to her tenure at Wyoming, Wagner spent two and a half years at The Ohio State University. Her responsibilities at Ohio State included designing and implementing strength, speed and conditioning programs for women's soccer, softball, women's tennis, men's gymnastics, men's and women's swimming and diving and other various sports.

At Angelo State, Wagner was a three-time track and field (discus) All-American from 1998-2000, and was the Lone Star Conference Discus Champion in 2000. She also earned numerous academic awards, including GTE Academic All-America honors in 1999 and 2000 and the Presidential Academic Excellence Award in 2000. Wagner is a Master strength and conditioning coach (MSCC) with the Collegiate Strength and Conditioning Coaches Association and is certified (C.S.C.S) by the National Strength and Conditioning Association.

Kathy and her husband Chris have two daughters, Nicole and Morgan.