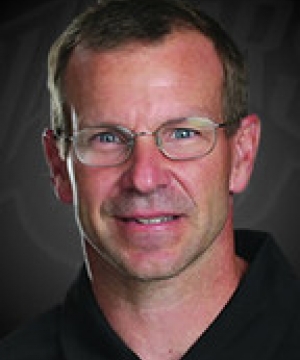 Protecting the Integrity of Sport...By Protecting Those Who Play Sports

The Centers of Disease Control estimates that there are 1.6 - 3.8 million sports and recreation-related concussions occurring in the United States each year. Yet in actuality, no one really knows what the exact numbers are ... since many concussions go unrecognized, undetected and unreported? Suffice it to say -- it's an epidemic. Yet, whether a concussion is sports-related, recreational-related and/or trauma-related the severity of the injury and resulting cognitive impairment would in fact be reduced if the head, neck and surrounding cervical structures were STRONGER. In other words, if the morphological structure is thicker and/or stiffer (i.e. stronger), the research is conclusive ... that is, concussive and sub-concussive forces will be better dissipated more effectively if the individual's cervical spine’s structural integrity is more highly developed … this is simple physics. Strengthening of the head, neck muscles surrounding cervical structures ... is the ONLY organic contingency within our control to prepare individuals to withstand potentially injurious forces. The only one! Meaning, it is the only preventative means that provides a 100% guarantee with respect to its ability to positively affect an individual's chances in minimizing and/or mitigating the severity of a cervical spine and traumatic brain injury. Yet one never or rarely hears anything about training the musculature around the cervical spine in the contemporary discussion and coverage in the popular press with respect to cervical spine and traumatic brain trauma prevention. WHY???

Certainly, these injuries can never be fully prevented; however, it is imperative that health care practitioners take a PROACTIVE approach rather than a REACTIVE approach in their strategies for mitigating TBI pathologies. Current attempts at "prevention" primarily involve management of the injury after the damage already has been done. On the other hand, prevention, by definition, is the pursuit of researching, developing and implementing those protocols and procedures that can be initiated before the damage is done.

The cervical spine and concussion prevention protocols that will be presented will DO JUST THAT. The legal aspects of concussion require conforming to the standard of care. The standard of care is a legal term defined as acting as a reasonable professional in that position or industry would have under the circumstances based on then-existing knowledge.

Prior to joining the Minnesota Vikings, Asanovich served as the strength & conditioning coach at Anoka High School (Minneapolis, Minnesota) from 1987-95. During his tenure there, the school captured state football championships in 1990 and 1994. Anoka also won state titles in soccer (1989), wrestling (1991), and basketball (1992) during his eight years at the school. Asanovich came to Anoka after spending 1986 in a similar capacity at The Citadel. In 1984, Asanovich was hired as a graduate assistant strength coach at The Ohio State University. The Buckeyes won the Big Ten Football Championship that season and played in the Rose Bowl. Asanovich was promoted to Assistant Strength & Conditioning Coach at OSU the following year as the team went 9 – 3 and defeated Brigham Young in the Citrus Bowl.

Asanovich was one of the first fifteen Certified Strength & Conditioning Specialists and former Minnesota State Director for the National Strength & Conditioning Association. He is also a Certified Health Fitness Instructor, former Professional Education Committee Member, and former Healthy People 2000 State Director for the American College of Sports Medicine. He has also served as an executive board member/consultant for the National Dance-Exercise Instructors Training Association. In addition, he served as a member on the Minnesota's Governor's Council on Health & Physical Fitness and on the Executive Board for the Minnesota Association of Physical Education, Health, Exercise, Recreation & Dance. Recognized in Who's Who Among American Teachers, Asanovich was a contributing author in Death in the Locker Room II (Elite Sports Medicine Publishers, 1993), and High Intensity Strength Training (Perigue Books: Putnam Publishing, 1993). He has also published articles in The High Intensity Training Newsletter, The Conditioning Quarterly, Coach & Athletic Director and the Minnesota High School League Bulletin. Asanovich earned his bachelor’s degree in education from St. Cloud State University and his master’s in exercise science from The Ohio State University.

As a clinician, Asanovich has spoken nationally and abroad. As an international speaker, he spoke at the Strong-S Strength Seminar in Tokyo, Japan. He has also spoken at such national events as: the 2017 American Football Coaches Association National Convention, 2016 Resistance Exercise Conference, the 2011/12 Legends Football Strength Clinic, the 1998 American Football Quarterly University, the 1998 and 2005 Nike Coach Of The Year Football Clinic, the 1994 Minnesota HPERD State Convention, 1994 ACSM Northland Fall Tutorial, 1994 & 1995 Minneapolis In Motion, 1993 New Jersey HPERD State Convention, 1987-95 Midwest Strength & Conditioning Seminars, 1992 University of Toledo Strength Clinic, 1991 MSHSCA All-Star Clinic, 1989 Coach of the Year Clinic, 1989 McGregor-Nautilus Clinic, 1985 NSCA National Convention etc. He has also served as a clinician/faculty member for the American College of Sports Medicine, Hamline University, and St. Thomas University (St. Paul, Minnesota). Recently, Asanovich has been actively engaged as a researcher, speaker and co-author in evidence-based strategies for proactively mitigating the severity and frequency of Cervical Spine Injury and traumatic brain injury through head & neck strengthening. The culmination of the work resulted in publishing of “A Neck Strengthening Protocol in Adolescent Males and Females for Athletic Injury Prevention” in the Journal of Trainology in April of 2016. Asanovich is a native of Duluth, Minnesota. His wife Allisen and he currently live in Victoria, Minnesota where they are raising Haley, Gracie and Wyatt.