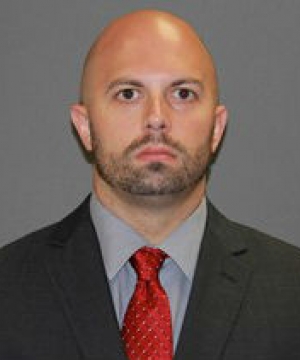 Strategies to maximize your on-campus resources to keep your Strength & Conditioning staff sharp. Discussion points include: sport programming review, current topic discussion, relationship building, leadership strategies and many more. This is a creative way to take staff meetings to the next level.

At NAU he aided in all facets of the Football program which included organization and preparation of day-to-day training, nutrition education and Pro Day training. He helped train 16 All-Americans on the Lumberjack Football team.

Darcy also has a wealth of experience working with teams across the whole collegiate sports spectrum. While in Flagstaff, he also worked with Men's and Women's Basketball, Volleyball, Soccer, Men's and Women's Track and Field/Cross Country and the Swimming and Diving programs.

During the summer of 2010, Darcy completed an internship at the University of Texas (UT). He assisted with every aspect of the Longhorn Football summer training including speed, agility, quickness training and testing, and worked with 11 future NFL draft selections.

Prior to his internship at UT, Darcy spent two seasons in New Britain, CT, serving as a Graduate Assistant at Central Connecticut State University (CCSU). While at CCSU, Darcy worked with the Football, Men's and Women's Soccer, Track and Field and Cross Country programs as well as Women's Lacrosse and Golf.

Darcy began his career as an intern at Canisius College in 2006. Over the next two seasons, he worked with several sports including Baseball, Basketball, Diving, Softball, Ice Hockey, Lacrosse, Soccer, Synchronized Swimming and Volleyball.