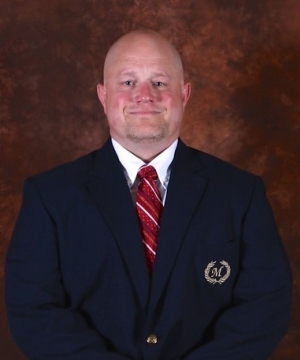 Prior to his arrival at St. Bonaventure, Fiske spent a year at Miami of Ohio University as an Assistant Strength & Conditioning Coach under Dan Dalrymple, assisting with football and men's hockey and being directly in charge of men's basketball, baseball, and men's track sprinters and throwers.

Fiske began his coaching career as an Assistant Strength &Conditioning Coach under Mickey Marotti at the University of Cincinnati. For three years he assisted with football and became directly in charge of men's basketball, baseball, men's soccer, and men's and women's sprinters and throwers. His teams experienced many conference titles and post- season tournament participation.

Prior to this, Fiske served as a volunteer Assistant Strength & Conditioning Coach for the University of Buffalo football program.

Entering his 22nd year as a Division I Strength and Conditioning Professional, Coach Fiske has had the privilege to coach many talented and motivated athletes who were able to make the jump to the professional level in the NFL, NBA, MLB, NHL, and other professional leagues overseas at every stop along the way during his career.

No person gets to where they are without the help of others. Over his career, Coach Fiske has worked with or been mentored by many of the industry’s top strength and conditioning professionals. He credits coaches like Mickey Marotti for giving a 23 year old “punk kid straight out of college an opportunity”, and Dan Dalrymple as major influences on how he designs and implements his strength and conditioning programs. He also credits coaches like Ken Mannie, Mike Gittleson, Tommy Moffitt, and legendary weightlifting coach Gayle Hatch as influences and mentors who have helped shape him as a coach and mentor to others.

Coach Fiske has been married to the love of his life Susan for 20 years. They have two beautiful teenage daughters Emma and Alicia. Without the support of his family, Coach Fiske would not be able to accomplish what he has accomplished in terms of his career as a strength and conditioning professional. Next to his Lord and Savior Jesus Christ, they are his foundation.