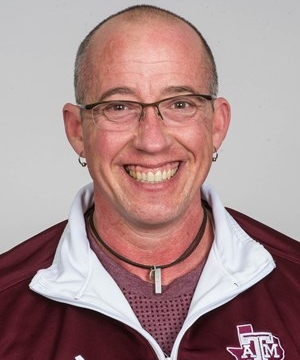 Throughout her 20-year association with the A&M athletic department, Ellsworth has earned tremendous respect from the A&M coaches, as well as the student-athletes, and she was recognized for her leadership, dedication and inspiration by being voted the 1999-2000 Texas A&M Coach of the Year by the student-athletes. With the award, Ellsworth became the first non-head coach to receive the honor.

Ellsworth's athletes also have been recognized nationally for their accomplishments in the weight room. Under her instruction and guidance, A&M volleyball, softball and basketball athletes have received the All- American certificate from the NSCA and from the CSCCA’s Hammer Strength All-American Athlete Award.

Ellsworth returned to a full-time position at A&M after serving as an assistant coach at the University of Washington from 1995-96. While with the Huskies, Ellsworth was responsible for the softball team, which won the Pac-10 championship and was the runner-up at the '96 NCAA Women's College Softball World Series. She also was responsible for men's and women's track and field and tennis, as well as women's gymnastics and soccer.

A standout on the A&M volleyball team from 1989-92, Ellsworth was noted for her power and strength. Fans nicknamed her "The Cannon" because of her booming serves, and she still shares the school record for service aces in a match with six. Upon the completion of her eligibility, Ellsworth served as a student assistant strength and conditioning coach in 1993 and was promoted to a restricted earnings position a year later.

Ellsworth received her bachelor's degree in kinesiology with a minor in health in 1994. She has two children, a son, Tucker Jamison Ellsworth, born July 6, 1998, and a daughter, Jenna Raye Ellsworth, born April 10, 2001.