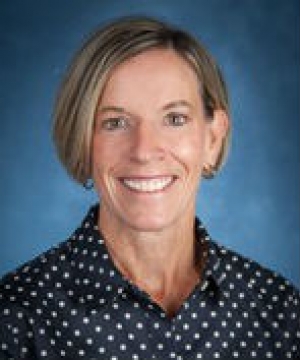 Ann will be giving an overall view of the things she has experienced and has found to be most valuable to her in her growth process as both a college coach and an administrator. She will be focusing on communication, relationships built with direct report and staff, and mentoring.

Ann Walker is the Director of Events and Communications for the Alliance of Women Coaches, a position she has held since August 2016. In this role, Walker is responsible for all coordination of, and preparations for, the various educational events that the Alliance offers throughout the year. She also manages communications to various groups and members as well as social media.

The Alliance is a national organization which supports and offers resources for female coaches, and working to help support coaches is something dear to her. She is passionate about college athletics and helping to provide opportunities, educational resources, and potential for growth and networking to other women in athletics. This is only the second time in her career that she has not worked on a college campus since 1989, the year in which she began her profession in college athletics. She has almost 30 years of experience at the NCAA Division I and II levels, NAIA, and community college as both a college coach and athletic administrator.

Prior to joining the Alliance, Walker served two years as the Director of Athletics at Clark College, a community college in Vancouver, WA. Under Walker's leadership, the department showed great development and the Penguins achieved great success, including a Northwest Athletic Conference (NWAC) Championship in men's basketball (2015) as well as five other sport regional titles. The 2015 volleyball team also finished 2nd in the NWAC (out of 38 teams), the top runner in the league was on the Penguins men's cross country team, and 9 of the 11 teams made post-season both years. Walker was also instrumental in facility improvement with the addition of a press box for the soccer field, new sound systems for all outdoor facilities, and upgrades for both the baseball and softball complexes. She implemented the end-of-year All-Sports Banquet and after a 2-year absence, revived the only Athletic department-run fundraising event (Penguin Nation Golf Tournament) which raised a record amount in the first year back on the calendar.

Before moving to the Northwest, Walker spent six years (2006-12) as the Associate Athletic Director for Compliance and Internal Ops/SWA at Nova Southeastern University (NSU), a NCAA Division II college in Fort Lauderdale, FL. At NSU, she was responsible for oversight of all compliance and athletic academic details, as well as internal operations and sport supervision for all 15 sport teams. In addition to her administrative duties at NSU, Walker served as the South Region Chair of the NCAA Division II Women's Basketball Committee from 2006-2008. In 2008, she was named the National Chair, a position she held until the conclusion of the 2011 season. She also served on the NCAA DII South Region Tennis and Volleyball Committees, as well as numerous conference committees. Also during her time at NSU, and while the Associate AD, Walker served for one season (2010-11) as the women's basketball interim head coach, when the Sharks were left without a coach right before the start of the season. In her final year at NSU, she was named the Women Leaders in College Sports NCAA Division II Administrator of the Year (2012).

Walker landed at NSU from the Sunshine State Conference (SSC), where she served for one year (2005- 06) as the Assistant Commissioner/Senior Woman Administrator. In this position, she served as the liaison between the Conference office and the institutional Senior Woman Administrators, Faculty Athletic Reps, and the SAAC Advisors. Walker also assisted in Conference sport scheduling and in the operation of all Conference Championships. In addition, she was responsible for the planning of, and preparations for, the Division II Disney Men's & Women's Tip-Off Classic, and served as the key contact person for all 16 basketball teams and the primary liaison with Disney Sports.

Prior to her stint with the SSC, Walker was at Minnesota State University in Mankato, MN (NCAA Division II) for seven years. While at MSU (1998-2005), Walker was the head women's basketball coach the first six years and served her final year as Assistant Athletic Director of Fundraising. She attained her 100th win as a head college basketball coach. In her one year in charge of fundraising, Walker was responsible for starting a new initiative, The Maverick Women's Walk, which was the only fundraising effort at the time that raised money solely for the women's sport teams. In the inaugural year, the Walk raised nearly $100,000.

Before joining the staff at Minnesota State, Walker served as the assistant women's basketball coach at NCAA Division I Creighton University in Omaha, Nebraska for three seasons (1995-98).

Walker began her career in college athletics at Teikyo Marycrest University in Davenport, Iowa, where she served as Assistant Athletic Director, head women's basketball coach and head softball coach from 1989-1993.

She is an active member of Women Leaders in College Sports (formerly NACWAA - National Association of Collegiate Women Athletic Administrators) since 2005. Walker also serves on the Board of Directors for the Washington Timbers Football Club, and is on the Leadership Council for the Positive Coaching Alliance chapter in Portland, OR.

Walker was an All-American basketball and All-District softball athlete at Northwestern College of Orange City, Iowa, where she received a Bachelor of Arts degree in elementary education ('87). She also holds a Master of Arts degree in sport psychology from the University of Iowa ('95). She currently resides in Vancouver, WA with her partner, Lisa.