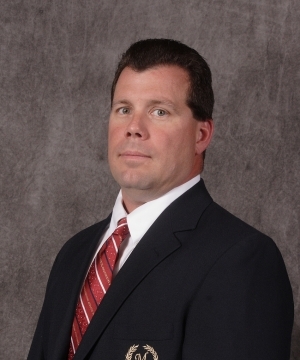 Roundtable: Threats to the Strength and Conditioning Coaching Profession

Roundtable Discussion on ideas to help our profession grow and develop professionally and our image in athletics and public over the next 5 years.

The Blazer football off-season program provides a great opportunity for players to make progress in many athletic areas. The primary goal is to develop foot speed and quickness, along with focusing on explosive power, which is achieved through weight training four days a week.

Strength gains have been impressive across the board, and what the young Blazers have accomplished under the watchful eye of speed/strength and conditioning coach Michael Doscher in the weight room and on the practice field will stand them in good stead when they report for fall practice in August.

Doscher, who has served for 20-plus years at Valdosta State and is widely recognized as one of the best strength and conditioning coaches in the United States, is a key player in the total athletic program, and nobody is more aware of his value than the Valdosta State football program. Under Doscher’s guidance in the weight room, the Blazers have won the NCAA Division II national title three times.

Doscher’s affect on the VSU athletic program has not been limited to football as he also helped the men’s tennis team to three straight NCAA championship matches, including the 2006 national title victory. He has aided the remaining nine Blazer programs to numerous Gulf South Conference championships and NCAA tournament appearances, including the softball program, which won a national championship in 2012.

Doscher plies his trade in the Jessie Tuggle Strength and Fitness Complex, an important part of the total athletic program at Valdosta State, but one that is especially critical to the football program. The Tuggle Strength and Fitness Complex took on a new look in 2009 when Doscher moved his department into a 7,690 square foot room in the VSU Athletic Fieldhouse. One of the largest weight rooms in the NCAA Division II levels, the new room was outfitted with state-of-the art strength and conditioning equipment, including 10 eight-post stations, a medicine ball wall and self-contained dumbbell systems, as well as a 100 foot long speed track. The weight room also is wired with a stereo/microphone system, to assist Doscher when working with large groups of Valdosta State athletes. Likewise, each of the 10 eight-post systems has been pre-wired for the addition of video recording equipment, which will be added in the near future, to help in the assessment of each individual’s workout.

Doscher, who joined the Blazer athletic family in 1996, received his undergraduate degree from Springfield College and his master’s degree from Mississippi State University. He gained experience as an intern at Boston College and an assistant at Nevada-Las Vegas and Mississippi State. He stays on the cutting edge of strength and conditioning techniques, attending clinics throughout the country both as a presenter and participant and has been honored by the National Strength and Conditioning Association for his efforts and dedication.

Doscher has served as a Eucharistic minister and usher at St. Johns for the last 6 years. Both children have attended St. John’s school from the beginning.

Doscher and his wife Teresa have been married for 19 years and have two children, Dustin, and Cassie.