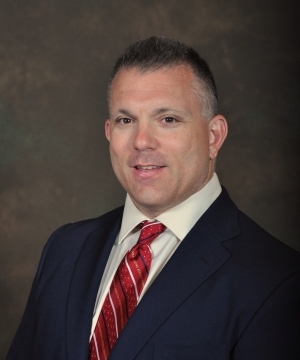 Building A Culture Through Strength & Conditioning

This presentation will entail the following:

2. Implementation of Philosophy and Culture

5. Getting the Entire Organization On the Same page

Matt Balis, who has served as the head strength coach at UConn, Mississippi State, Utah and Virginia, enters his second season as the Director of Football Performance at the University Of Notre Dame. Balis has designed and developed all facets of the strength and conditioning program for the Irish football team. Balis oversees a staff of 5 and together they have designed workouts that prepare the Fighting Irish Football Team to be as mentally and physically prepared as they can possibly be.

Balis served as the Head Strength and Conditioning Coach at Mississippi State five seasons (2009-13). He helped the Bulldogs reach four consecutive bowl games -- a feat not previously accomplished in school history. In 2010, Balis was named one of three finalists for the FootballScoop Strength & Conditioning Coach of the Year Award.

Balis came to Mississippi State from the University of Virginia, where he served two years as the Head strength and conditioning coach for the Cavaliers' football program (2007-08). His responsibilities at Virginia included overseeing the football program's strength and conditioning needs, and assessing each individual's physical attributes to improve athletic performance.

Prior to his stint in Charlottesville, Balis served as the assistant director of strength and conditioning at Florida for two years (2005-06). Balis was responsible for assisting the director of strength and conditioning with daily operations of the Gators' facility. He also assisted with coordination of the entire strength program, including coaching in the weight room, speed development and conditioning. Florida finished the 2006 season with a 13-1 record, won the Southeastern Conference Championship and the BCS National Championship.

Before joining the staff at Florida, Balis worked two years at Utah (2003-04). He served as an assistant strength coach in 2003. Balis was promoted to the director of strength and conditioning in 2004.The Utes finished the 2004 season with an overall record of 12-0 and won the Fiesta Bowl. As director, Balis ultimately oversaw the entire 16-sport program and was directly responsible for the design and implementation of programs for football, men's basketball, women's basketball, baseball and volleyball.

Prior to his entry to the college level, Balis, a native of Chicago, was an assistant football coach and worked in the area of strength and conditioning at both Wheaton Warrenville South High School (1996-98) and Wheaton North High School for three years (1998-01). He also taught physical education at the elementary school level during that five-year period.

Balis and his wife, Lanette, have a son Jacob.