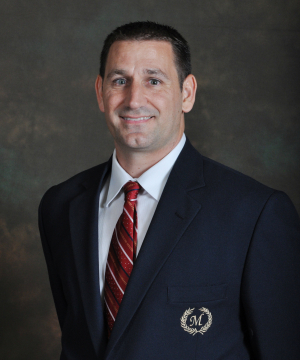 Basketball Training- Does Style of Play Change the Plan?

There is no template that we can use for all sports. We will not train Basketball players with the same plan that we use for Tennis players. This is not a new concept; sport specificity is why we have jobs. Energy systems, movement patterns, and work to rest ratios are very unique to Basketball. Can we draw some similarities across all Basketball teams, or, does the style that the Basketball coach uses require different training adaptations in order to be successful. This presentation will attempt to illustrate different methods of training that will illicit improvements that are specific to the demands of playing styles.

Steve Orris is the Assistant Athletic Director for Sports Performance and Student Athlete Wellness at Nova Southeastern University. In his position, he oversees the strength and conditioning, sports nutrition and supplement education, body composition analysis, drug and alcohol education, and mental health awareness programs for 17 intercollegiate athletic teams and over 375 student-athletes.

Orris spent the beginning of his career at the University of Florida, where he worked as an Assistant Strength and Conditioning coach. During his time at UF, he worked with the Baseball (2004-2009), Softball (2004-2011), Women's Basketball (2009-2011) and Football (2003-2004) teams. He also oversaw the direction of the internship program, as well as the coaches'; clinics and youth camps. He began his work experience by completing internships with the Miami Dolphins and Houston Astros.

Coach Orris received his Bachelor's Degree in Exercise Science from Florida Atlantic University. He received his Master&s degree in Health Education while serving as a Graduate Assistant Strength and Conditioning Coach at Hofstra University.

Orris is married to the former Michelle Ortega of Miramar, Florida. The couple has three daughters, Meilani (10), Kami (7), and Leila (4).