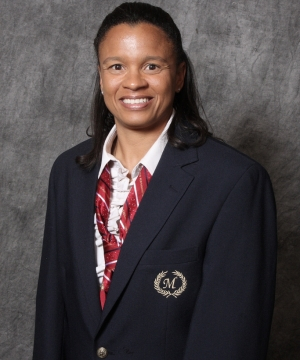 My journey and what to expect as you pursue your dream to become a collegiate strength and conditioning coach.

Jen Jones was hired as director of strength & conditioning June 12, 2017. She oversees all sports other than football.

Jones came to Purdue from Texas A&M, where she served as assistant director of strength & conditioning from 2004 to 2017, working with the women's basketball program.

At Houston, Jones was responsible for the development and implementation of team and individualized conditioning programs for all Olympic sports. She designed separate programs for weight training, agility, speed and flexibility. She also supervised undergraduate and graduate staff while maintaining the facility.

A 1995 graduate of Michigan State University with a Bachelor of Science degree in exercise science, Jones worked as a graduate assistant at East Carolina in 1996-97, working with the men's basketball, football, soccer, softball, track & field, and volleyball programs. She earned a Master of Science degree in sport management from Texas A&M in 2015.

A native of Toronto, Jones played volleyball at Michigan State from 1990 to 1994. She was team captain and Most Valuable Player and an All-Big Ten selection. At the conclusion of her career, he owned several school records. Jones recorded a triple-double with 14 kills, 10 blocks and 18 digs vs. Indiana on Oct. 4, 1991.