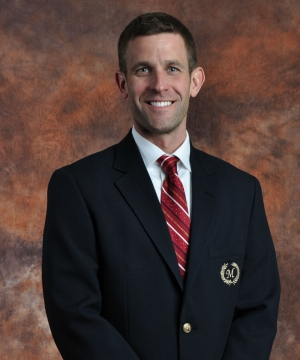 This presentation will provide a holistic overview of the training plan, style, objectives, and culture of the Louisville Men’s Soccer program. Focusing primarily on the pre-season and in-season periods, an emphasis will be given to the weekly preparation and management of on-field loading, including the use of both objective and subjective metrics in order to achieve desired outcomes.

Jason Dierking is the Director of Olympic Sports Performance at the University of Louisville. In this role he works directly with men’s soccer, men’s and women’s swimming, and men’s golf.

Prior to his current role, Dierking served as the Assistant Director at Louisville from 2005-2018. He was an assistant strength and conditioning coach at Indiana University from 2001-2005, and was the graduate assistant strength coach at Indiana from 1998-2001. During the summer of 2000, Dierking worked as the strength and conditioning intern at the Olympic Training Center in Lake Placid, NY, where he helped train athletes that were preparing for the 2002 Winter Olympics in Salt Lake City.

As the energy systems specialist on the Sports Performance staff, Dierking has advanced the use of innovative testing and tracking procedures for metabolic fitness, including VO2max testing, blood lactate analysis, and GPS tracking. He has become an industry leader in the area of heart rate training and conditioning, and has spoken at several regional and national clinics and conferences on the topic.

He has trained NCAA Champions, Olympic gold medalists, the 2012 Boston Marathon champion Wesley Korir, and numerous athletes that have gone on to professional careers in soccer, baseball, and golf.

Dierking earned his master’s degree in exercise physiology from Indiana University and a bachelor’s degree in adult physical fitness from Eastern Kentucky University, where he also played baseball for the Colonels.