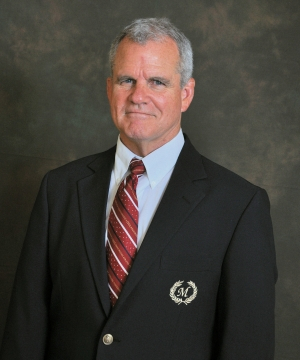 Mental toughness is one of the most important qualities of a champion athlete. How does one develop mental toughness? Can a strength coach help an athlete or team become more mentally tough? Will the development of mental toughness in the weight room transfer to sport competition? Joey Batson & Ethan Reeve will present their unique ways of developing this mental toughness and how to transfer it to the sport. They will share their years of experience with all in attendance!

Former University of Tennessee at Chattanooga wrestling coach Ethan Reeve returns to UTC to serve in the strength & conditioning coach department and work with a number of the Mocs programs.

Reeve spent the last 16 seasons at Wake Forest, guiding the Demon Deacons' Strength and Athletic Development program. Prior to that, he spent six years at Ohio University in Strength & Conditioning.

Reeve is certified through USA Weightlifting, Russian Kettlebell Challenge and is a Master Strength Coach through the National Collegiate Strength Coaches Association.

He was the strength coach for the women's US Rowing team that won four gold medals and one silver in the 1995 World Championships. Ethan was the first director of strength and conditioning at McCallie School in Chattanooga from 1990-1995 where he helped co-coach four state tournament and dual meet championship wrestling teams.

Reeve was a two-time NCAA All-American and four-time SEC champion wrestler at the University of Tennessee. He began his coaching career at his alma mater serving as assistant wrestling coach/strength coach for wrestling for two years, before working as an assistant coach at Oklahoma State, Ohio and Clemson.

Reeve and his wife, Susan, have three children, Callie, Erin and Keaton.