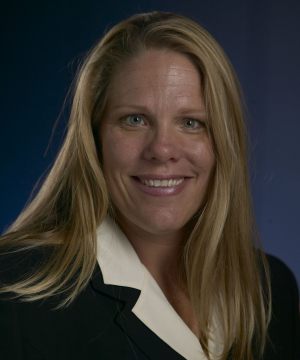 A panel of collegiate strength and conditioning coaches will discuss initial health screenings for athletes, reducing risk in first year athletes, and how to adjust programming for returning athletes. There will be specific discussion on preventing exertional rhabdomyolysis, programming for athlete(s) returning from exertional rhabdomyolysis, reducing risk of exertional heat illness and approaches for post strength/conditioning recovery. The discussion will provide coaches with programming suggestions for at-risk environments and issues that should be part of their emergency action plan.

Karin Werth, a former 10-time All-American swimmer at Florida, has been working with athletes at UF since July of 1998. She currently designs and implements strength and conditioning programs for the Gator women’s lacrosse, soccer and gymnastics teams.

She was promoted to her current position as Assistant Director/Olympic Sports in June 2003.

Werth received further CSCCa certification in 2011 when she received Master Strength & Conditioning Coach, the highest honor for a strength & conditioning coach. It represents professionalism, knowledge, experience, expertise, as well as longevity in the field.

During the 1997-1998 season, Werth was the assistant women’s swim coach at the University of Florida. Before coaching, she was a paramedic and firefighter for the City of Miami from 1990-1996 and was a SWAT medic with the Miami police department from 1994-96.

From 1996-97, Werth was a paramedic and firefighter for the City of Gainesville. She is also a 13-time gold medalist at the World Police and Fire Games.

Werth, who graduated from Florida in 1988 with a B.S. in Psychology, began bodybuilding in 1994 and participated in three competitions. Werth was crowned Ms. Gainesville in 1998 in the bodybuilding heavyweight and overall divisions. In her spare time, Werth enjoys fishing, hunting, camping and hiking.

A native of Arlington, Texas, Werth is a passionate animal lover with a soft spot for Labrador retrievers. She also enjoys fishing, hunting, camping and hiking in her spare time.

She and her partner Judy Traveis, have a son, Gabriel. He, like his mom, enjoys sports!