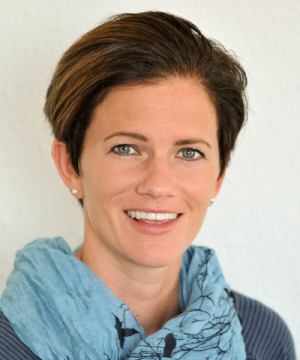 Increasing the success of your program starts with improving your communication. Championship communication connects us to others while enhancing teamwork, decision-making, and problem solving. As a coach, communicating effectively gives us the dynamic ability to empower and lead, enabling us to transmit even difficult messages while minimizing conflict and maintaining trust. “Championship Communication” is a creative workshop that dives into the heart of communication while cultivating the tools to turn average communicators into masters of the craft.

- Tone: It's how you say what you say that matters most

- Clarity: Affirming the message and being specific

- Rephrase in the Positive

When it comes to having great mentors, Betsy Butterick hit the women’s basketball jackpot. After a decorated playing career, Betsy graduated from Claremont McKenna College in 2006 with a degree in psychology. Upon graduation, she began her journey in college athletics as the Women’s Basketball Intern at Stanford University under Hall of Fame coach Tara VanDerveer for the 2006-07 season.

Following her year at Stanford, Butterick was hired by the WNBA Seattle Storm (2007) where she studied under the late Anne Donovan. From there, Butterick served as the video coordinator for the University of Washington (2007-08) before taking the assistant coach position under Head Coach Heidi VanDerveer at Occidental College in Los Angeles. While at Occidental, Betsy also served as the assistant golf coach and held the position of Community Wellness Director; overseeing physical activity courses offered to students, faculty and staff.

Butterick was VanDerveer's lead assistant at Occidental, helping guide the Tigers to an overall record of 84-25 (.771), four straight Southern California Intercollegiate Athletic Conference (SCIAC) Championships and a pair of NCAA Tournament appearances. She was involved in all aspects of the coaching, including recruiting, scouting, player development, and strength and conditioning.

After four seasons with the Tigers (2008-2012), Butterick followed VanDerveer to UC San Diego where she helped the Tritons to win both a California Collegiate Athletic Association regular season and Conference Tournament Championship (2012-15).

Having earned her certification as an Integral Coach from New Ventures West in 2011, Betsy began coaching coaches while at UC San Diego. She hung up her whistle and stepped off the court in 2015 to start Butterick Coaching & Communications, LLC where she now serves the athletic community as The Coaches’ Coach and Communication Specialist.

As "The Coaches' Coach" Betsy helps coaches do what they’ve yet to do, so they can be who they’ve yet to be. As a Communication Specialist, Betsy assists individuals in all facets of communication while developing the connective skills to build relationship and sustain success.

Betsy currently travels the country designing customized workshops for athletic departments and teams, facilitating virtual webinars, and speaking on many stages for conferences, conventions, and keynotes.

To learn more about Betsy and how she can support your success, please visit betsybutterick.com or follow on Twitter @betsybutterick