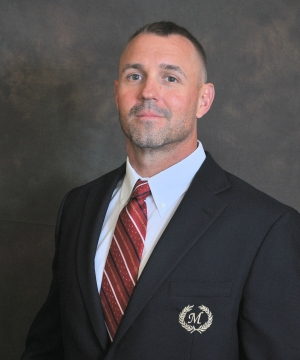 Jim Krumpos is in his third stint with the strength and conditioning staff at Arizona and currently serves as the Assistant Athletic Director for Performance Enhancement/Director of Olympic Sports. He works with the Wildcats baseball, volleyball, soccer and diving programs. In his role, Krumpos designs and implements year-round workouts, focusing on strength, speed, agility, explosiveness, balance and conditioning. He produces sport-specific programs that include technique instruction, testing and evaluating, in addition to reconditioning injured student-athletes in conjunction with the sports medicine staff.

Krumpos rejoined the Arizona staff in February of 2013 after a two-year stint at Miami. Since back in Tucson, the programs he oversees have experienced unprecedented success. The baseball program advanced to the finals of the College World Series in 2016 and won 49 games, the second-most in school history. The Wildcats played 73 games and relied on Krumpos to keep the student-athletes physically prepared for the heavy schedule of games.

"Something that is very important to me is that we have a big, strong, physical Pac-12 looking type team," head baseball coach Jay Johnson said. "(Krumpos) has done a great job with our team and does a great job exposing the beautiful facility we have. The strength and conditioning component to our program and is a great resource for us. Other schools might have the same facilities, but nobody has better in terms of that energy and that's a key part of what we do."

The volleyball program has also flourished with Krumpos back in the fold. The Wildcats have posted three 20-win seasons in their last four campaigns and have produced three All-Americans the past three years, all of which came under Krumpos' supervision. In 2016, volleyball advanced to the Sweet 16 for the first time since 2005.

The soccer program advanced to the Sweet 16 in 2015, marking its first trip since 2005. The Wildcats also hosted an NCAA Tournament game for the first time in program history. The 2015 team won 14 games, the second-most in school history and won six conference games, tied for the most in school history. Gabi Stoian earned first-team All-Pac-12 honors and Sheaffer Skadsen earned Pac-12 Scholar Athlete of the Year honors.

Before going to Miami, Krumpos served as Arizona's Associate Director of Performance Enhancement from 2008-11. He was the head strength and conditioning coach for the men's basketball, baseball, men's and women's golf, women's volleyball and women's soccer teams. During his time with Lute Olson and the men's basketball program, Krumpos worked with a pair of lottery picks in Jerryd Bayless and Jordan Hill, along with current NBA player Chase Budinger.

Krumpos initially worked with the Wildcats as an intern and assistant strength and conditioning coach from 1999-2003. He was responsible for the nationally-ranked baseball program, as well as the cross country teams. Additionally, he assisted with the strength and conditioning efforts for Arizona's football, women's basketball, women's soccer and swimming and diving programs.

During his two seasons at the University of Miami, Krumpos worked with the men's basketball and women's soccer programs. During his time in Coral Gables, the menÃ¢??s basketball team advanced to the Sweet 16 in 2012-13, its second in program history, and the second round of the 2011-12 NIT. The Hurricanes also claimed their first-ever ACC regular season and conference tournament championship during the 2012-13 season. On the pitch, the Hurricanes advanced to the NCAA Tournament both seasons with an appearance in the second round during the 2011 campaign. Krumpos worked with star Hurricanes guard Shane Larkin, who was a first-round pick of the Atlanta Hawks in 2013.

A 2003 graduate of Arizona, Krumpos has a bachelor's degree in interdisciplinary studies with an emphasis in physiology, physical education and psychology. He added a master's degree in liberal studies from UNC Charlotte in 2006.

Krumpos and his wife, Kristin, have a son, Carson, and a daughter, Abigail.