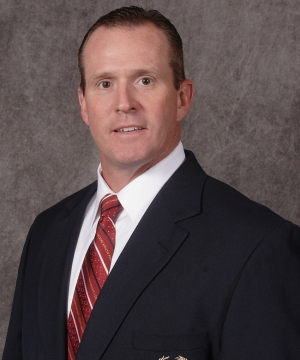 A Q&A regarding the freedom and individuality that can be expressed while following the guidelines and structure of the Landmark Protocols. These Protocols address conditioning and strength training for new and returning athletes during transitional periods.

In 2014, Decker was elected to serve as a member of the Board of Directors of the Collegiate Strength and Conditioning Coaches association (CSCCa) at the organization’s 14th annual National Conference. He was also instrumental in the remodel project of the Coca-Cola Weight Center during the summer of 2014.

In 2004, Decker earned the designation of master level strength coach by the Collegiate Strength and Conditioning Coaches Association. He is one of just 140 strength and conditioning coaches in the world to earn that honor.

While football was his first responsibility in Fayetteville, Decker oversaw strength and conditioning for all men’s sports. He was in charge of the basketball weight program for eight years and was also in charge of baseball.

During his tenure with the Razorbacks, Decker went to the Final Four twice, including 1994 when the Hogs won the national championship. He also worked with the 1995, 2002 and 2006 football squads that won SEC Western Division titles.

In his first year as head strength and conditioning coach in 1998, the Razorbacks won a share of the SEC Western Division title and played in the Florida Citrus Bowl on New Year’s Day. It would be the first of eight bowl games under Decker’s watch. In addition, the Razorback baseball team won the Southeastern Conference regular season crown in 1999.

He came to Arkansas from Kent State where he was head strength coach for football during the 1991 and 1992 seasons. Before going to Kent he was a graduate assistant in the weight room at Arkansas. He worked with the 1989 football Razorbacks, who won the Southwest Conference crown and played in the Cotton Bowl. He earned a master’s degree in exercise science from Arkansas in 1991 before leaving for Kent State.

Decker was a high school football standout at Perry High School in Masillon, Ohio, where he graduated in 1984. He went to Evangel University where he was all-district, all-conference and an honorable mention All-American at quarterback. He received his degree in physical education from Evangel in 1988.

Decker and his wife Stacey have been married for 25 years.