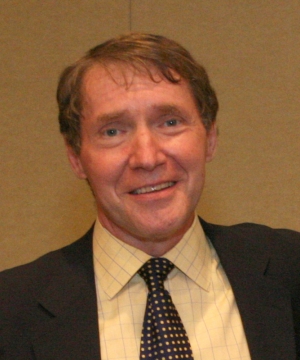 Evolution of the S&C Profession

Johnny Parker was born in 1947 in Greenville, South Carolina. Raised in Shaw, Mississippi, Johnny graduated from Shaw High School, where he was a member of both the football and track teams. His interest in strength training came at an early age. When Parker was in the ninth grade, his football coach had a set of weights in his backyard and would let some of his athletes come over and lift. The young Parker had to have help lifting the bar on most exercises, but with the encouragement of a patient coach, he soon began to improve. That year Johnny asked his parents for a set of weights for Christmas. When he measured himself for the first time, he checked in at 5’11 and 100 pounds. Upon graduating from high school in 1964, Parker went to Ole Miss. He graduated in 1968 and took his first coaching job shortly thereafter, at a private high school in Mississippi called Indianola Academy. There, Parker served as the linebacker coach for five seasons. During Parker’s tenure, the Colonial’s won 53 games and lost only 7. In 1974, the University of South Carolina hired Parker. After just one season of working with Parker, the Gamecocks made it to the Tangerine Bowl in 1975. Parker spent three seasons with the University of South Carolina before moving on to Indiana University in 1977, where he was the first Strength and Conditioning Coach in the Big 10. After two seasons of working with the Hoosiers, Parker was hired as the Head Strength and Conditioning Coach at Louisiana State University during the 1980 season. Returning to his Alma Mater, Ole Miss, Parker spent four more seasons coaching in the collegiate field. Working with head football coach Billy Brewer, Parker helped the Rebels make it to the Independence Bowl in 1983, their first bowl appearance in eight years. Twice during the 1980s, Parker went to Russia to study under Russian gold-medal winning Olympic weightlifting coaches. He took what he learned from these masters and applied it to his football players. Also during the 1980s, Parker earned a Masters Degree from Delta State University. Johnny began his NFL career in 1984, when the New York Giants hired him as their Head Strength and Conditioning Coach. Parker worked with the Giants for nine years. In his first year as strength coach, Parker dropped the number of athletes on the injured list to seven, a remarkable number when compared to the staggering 25 injured athletes on the list the year before. Two years after Coach Parker’s arrival in New York, in 1986, the Giants won their first Super Bowl. In a dramatic game against the Denver Broncos, played at the Rose Bowl in Pasadena, the Giants won 39-20. The season has been called the Giants “greatest season ever” because of their 17-2 record. Undoubtedly, the team’s success was due in part to the training the players received off the field while working with Parker. Four years later, in 1990, the Giants again won the Super Bowl. Playing against the Buffalo Bills, the Giants set an all-time Super Bowl record of 40 minutes and 33 seconds for ball-control possession. In this exciting game, the Giants beat the Bills 20-19. Parker’s role as a Strength and Conditioning Coach contributed significantly to the Giants’ tradition of excellence, for which they are still known today. In 1993, Parker moved on to coach the New England Patriots under head coach Bill Parcells. In the seven seasons he spent with the Patriots, Parker’s skill helped the team launch a new era of Patriot football. In 1994, the Patriots ended the season with a seven game winning streak, qualifying them for their first playoff game in nine years. Two years later, in 1996, the Patriots finished the season with an 11-5 record. They won the AFC championship, making it to the Super Bowl in 1997 for the second time in team history. The Patriots won back-to-back division titles and qualified for the playoffs for three consecutive seasons. Johnny Parker’s strength training program, based upon the incorporation of weight and fitness training into the regular movements of pro football players, was most definitely a factor in the Patriots’ success. In an interview with a local newspaper, Parker spoke about his program. “Think about it. Offensive lineman? What do they do? They basically run two-yard sprints. Everything they do is in quick bursts. So that’s the kind of weight training we try to do with them: explosive movements like power cleans, squats and jerks.” In 2002, Parker returned to coaching when he was hired by the Tampa Bay Buccaneers’ head coach Jon Gruden. Just one year later, in 2003, the Buccaneers headed to their first Super Bowl in team history. Facing the Oakland Raiders, many a naysayer remarked that the infant Buccaneers didn’t stand a chance. But Parker’s experience paid off: the Buccaneers won the game 48-21. After just one year of coaching the Buccaneers, Parker returned to the private sector. Then in 2005, Parker was hired by the San Francisco 49ers. As the franchise worked on rebuilding its coaching staff, it needed a veteran Strength and Conditioning Coach, and Parker’s 18 years in the NFL more than qualified him for the job. Parker’s “no-nonsense” approach to strength training quickly gained a reputation among his players. “Parker is always the same guy. You know exactly what to expect from him,” said former 49ers lineman Anthony Adams. “He didn’t have any favorites, and he was consistently hard on everybody. That’s why I love Johnny Parker.” Parker retired from coaching last year. In his impressive 34-year coaching career, Parker succeeded in taking three different teams to four Super Bowls. In 1994, he was honored by the Professional Football Strength and Conditioning Coaches Society with the Super Bowl Achievement Award. Coach Parker has now retired to Safety Harbor, Florida, where he spends his time with his wife, Jane, and plays with his dogs, Tuna and Fruitcake. He enjoys sitting on his porch and reading all of the books he never had a chance to read while coaching and traveling the world!