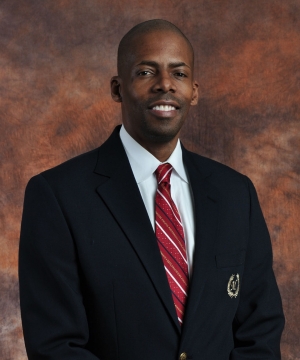 Duane Carlisle currently serves as the Director of Sports Performance at Purdue University, overseeing performance training for all 18 sports, with direct coaching responsibilities with the Boilermakers football team under Head Coach Darrel Hazell.

Prior to Coach Carlisle's arrival to Purdue University, he spent six years with the San Francisco 49ers. For his first three years with the 49ers, he served as an Assistant Strength and Conditioning Coach under CSCCa "Legend in the Field" Johnny Parker. For his remaining years, he served as the Head Strength and Conditioning Coach.

Coach Carlisle has served as a full-time Strength and Conditioning Coach on every level: high school, college, and professional, including time working with the Lawrenceville School, Tampa Bay Rays, New Jersey Pride (lacrosse), and Philadelphia Eagles. In addition, he has provided his expertise to teams at LaSalle University and Penn State University. For ten years, Carlisle owned and operated the first full-time Sports Performance center in the Philadelphia area, Lightning Fast Training Systems, LLC.

A sought after speaker, Carlisle has spoken at numerous Perform Better Seminars, the CSCCa National Conference, and a host of other Sports Performance seminars.

Coach Carlisle is blessed to have had many coaches contribute to his knowledge and professional guidance throughout his career including: Mike Boyle, who was Coach Carlisle's first strength and conditioning coach as a track and field athlete in college; Mike Woicik; Johnny Parker; Mike Wolf; to name a few.

Besides colleagues and mentors, thousands of athletes have also helped Coach Carlisle become a better person and coach. He has been privileged and honored to be a part of many young people's journey as they strive for excellence.

The last person, but not the least, who has supported Coach Carlisle throughout his career, is his wife, Shereese. It's often said, that behind every great man is a great woman. In Coach Carlisle's case, because he has been blessed with a great woman, she continually challenges him to become a better man.

Coach Carlisle is humbled and honored to join such an elite group of strength and conditioning coaches.